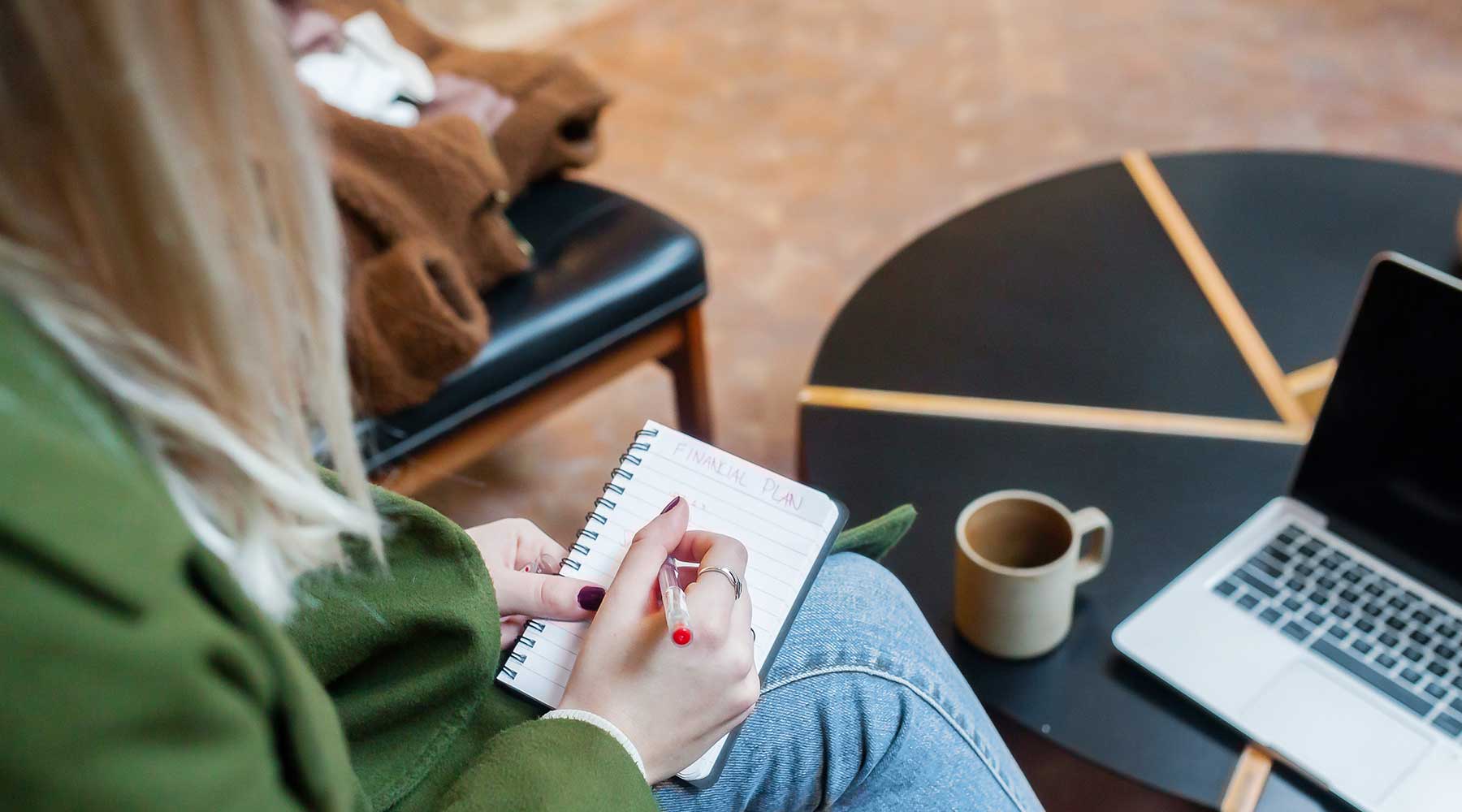 Patricia Lovett-Reid is a familiar face to millions of Canadians who tune in every morning for her financial insights. Each weekday, she's put in a half-day of work by the by time most of us have woken up. As the financial commentator for CTV News Network, she brings the financial news of the day to CTV stations across the country, shares her expertise on CP24 and BNN Bloomberg before ending most days with posts and articles offering money tips and moves to avoid.

Ready to Work from a Young Age

Pattie's mom made it clear that when she graduated high school, she was going to have to work and pay rent. She remembers her mom telling her to get on the streetcar and figure it out. Never a stranger to work and bold in her pursuits, she walked into a local bank branch in search of a teller position.

"I remember walking in as the bank was being robbed," recalled Pattie.

"I'm here for the job," she remembered telling the bank manager.

Stunned, he replied: "You know we've just been robbed, right?"

"Yes," Pattie remembered replying. "But I still want to apply for the job!"

That boldness and tenacity has served Pattie well in her multi-decade career at two major Canadian banks. For someone who's dyslexic and dropped out of math in high school, she was an unlikely candidate for an executive trajectory in finance. But in Pattie's mind, one thing did hold her back at first: a lack of a university degree.

"I moved up the ranks quickly at my first bank. But I had this limiting belief that because I didn't have a formal education, I couldn't advance any further. Sometimes, you have to get off your own coattails!"

Pattie fondly remembers a plaque her husband Jim gave her. "It wasn't the most romantic gift he ever gave me but the most memorable. The plaque read a quote from Walt Disney: 'If you can dream it, you can do it.'"

Not Being Afraid to Ask

The gift was the push Pattie needed to leave her story of insecurity behind. How she got her next job was audacious even by her account.

"I was being given an award. The man that was presenting it to me was an executive at the bank I wanted to work at. When he went to shake my hand, I told him: 'I want to work for you!' Two days later, he came over to my place in a town car and interviewed me for a fresh, more exciting role. I got it then and there."

But this new position didn't come without strings. Pattie, a mother of two at the time (four now), had to work evenings and weekends at the branch she was given to manage. She felt her skills were lacking, and she had to up her game. "Whenever I'm presented with an opportunity, I never say no. I say sure, then panic, then work to figure it out."

As she progressed as an executive, she remembers at one point in her career overseeing a $20 million budget. "I didn't know what I was doing!" Pattie enrolled herself in several courses to stand up to that challenge, but that meant getting up at 3:30 a.m. to study before waking her kids for school.

Pattie's insatiable desire to break down complex financial concepts led her to start writing books while still working in banking. Within a short period of time, Pattie became her bank's media spokesperson before starting a successful national TV show with BNN Bloomberg news and becoming a Senior Vice-President at her bank.

After decades in finance, Pattie left for the airwaves and to help Canadians make sense of their money.

You might think money always came naturally to Pattie, but it's not the case. When she separated from her first husband and looked down at her four-year-old daughter's patent leather shoes, she thought: "This is the last time I'm going to be able to afford expensive shoes like that."

She said: "It was a defining moment for me. I had never balanced a chequebook and I was reminded by the passing of my father at an early age that a woman isn't guaranteed the security of a spouse. That's when I got serious about money."

Her advice to others? Work hard to stay out of debt or get out of debt as fast as you can. When it comes to your career? Say yes, even if you think you aren't qualified. 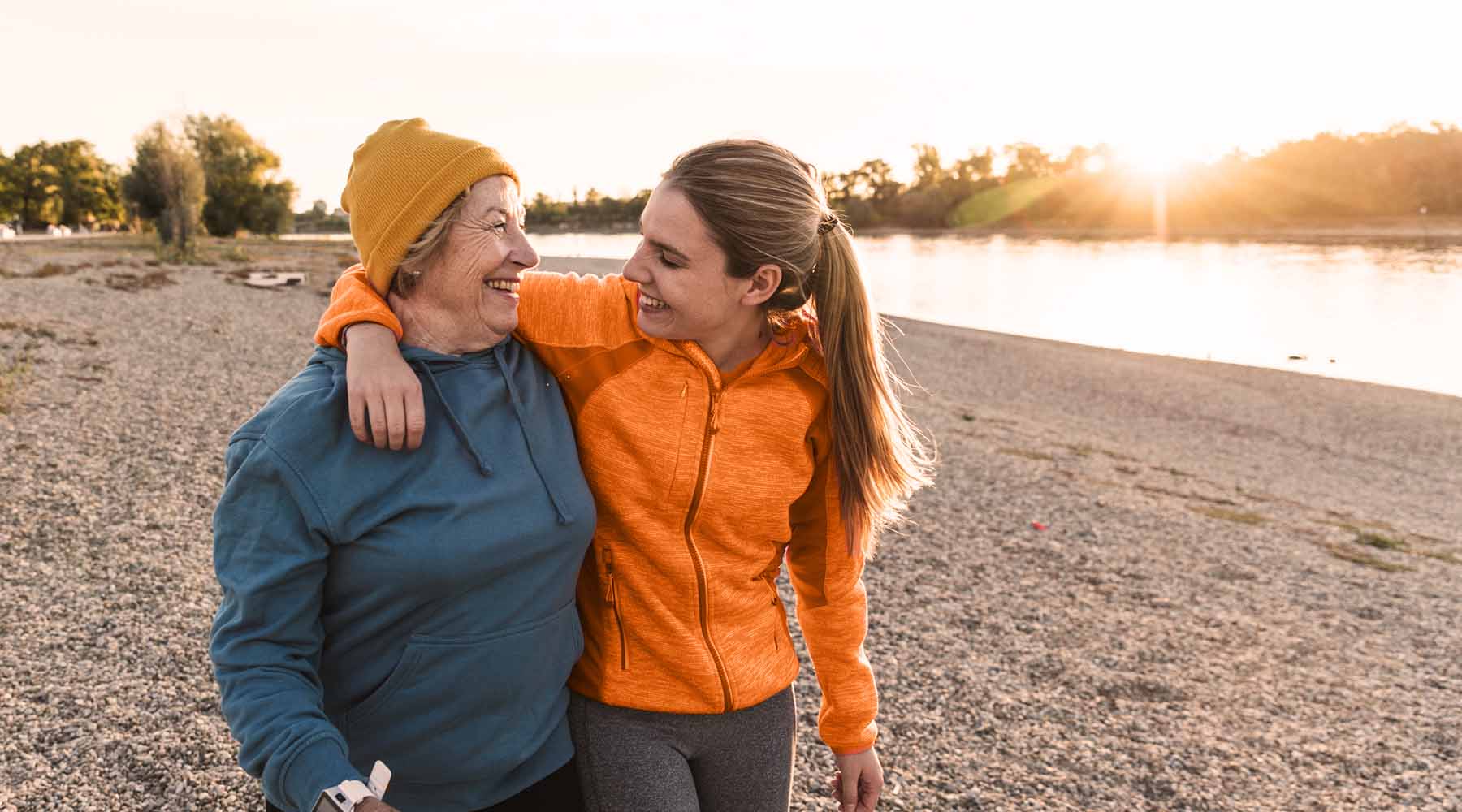 Protect your parents and grandparents from scams aimed at seniors
November 16th, 2022 | Tangerine 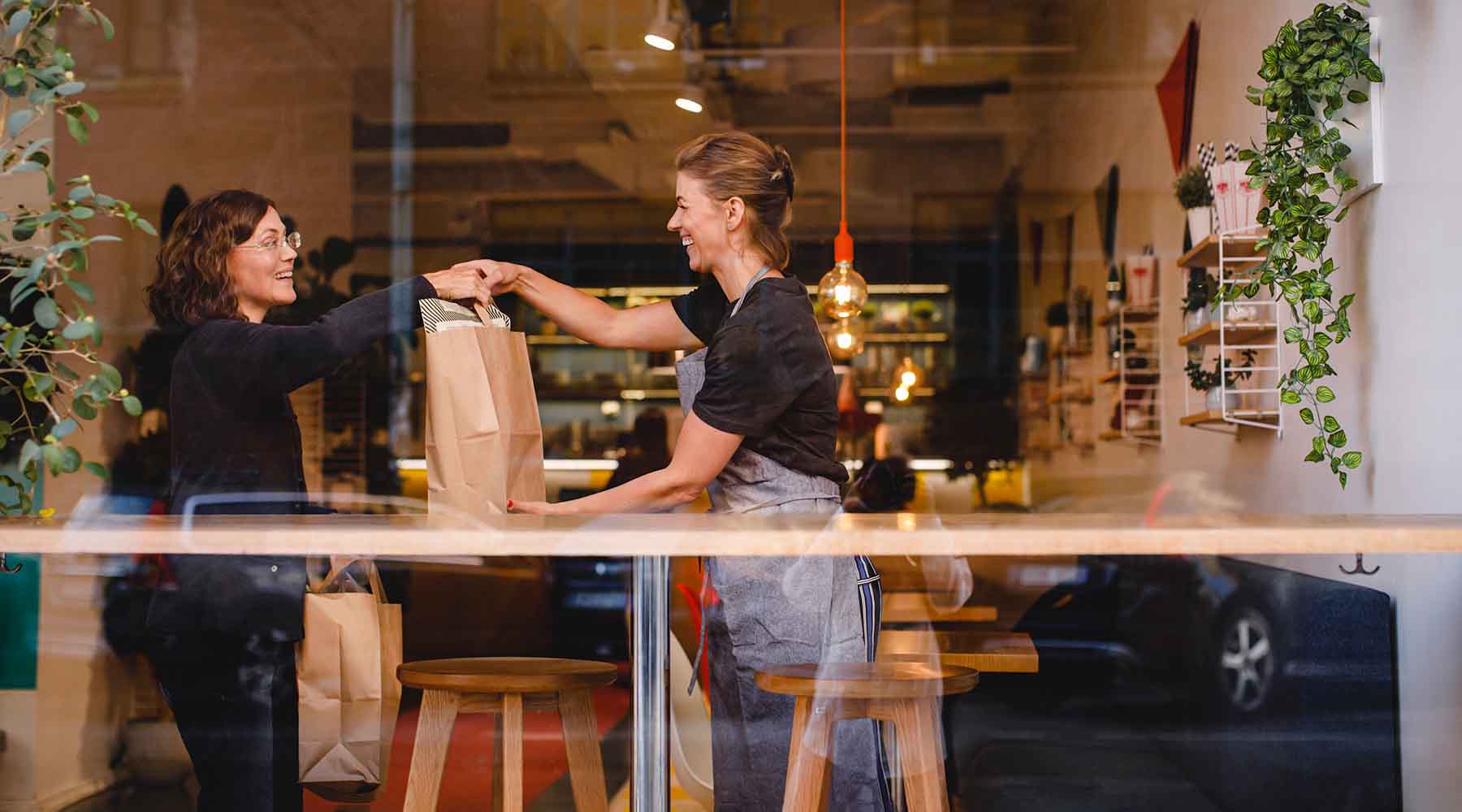 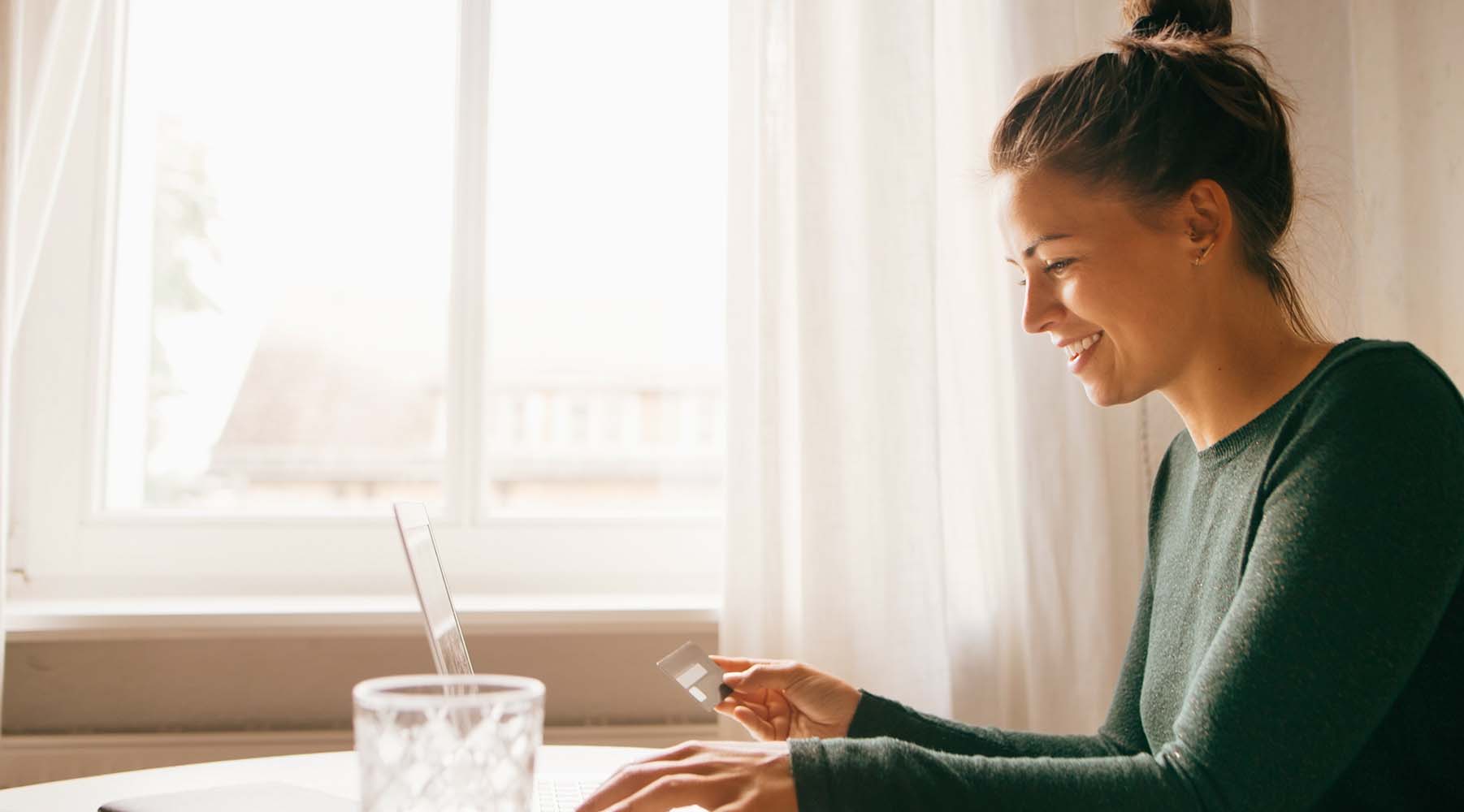 How I switched banks
October 18th, 2022 | Kelley Keehn
Legal Stuff Collapse
This article or video (the “Content”), as applicable, is provided by independent third parties that are not affiliated with Tangerine Bank or any of its affiliates. Tangerine Bank and its affiliates neither endorse or approve nor are liable for any third party Content, or investment or financial loss arising from any use of such Content.
The Content is provided for general information and educational purposes only, is not intended to be relied upon as, or provide, personal financial, tax or investment advice and does not take into account the specific objectives, personal, financial, legal or tax situation, or particular circumstances and needs of any specific person. No information contained in the Content constitutes, or should be construed as, a recommendation, offer or solicitation by Tangerine to buy, hold or sell any security, financial product or instrument discussed therein or to follow any particular investment or financial strategy. In making your financial and investment decisions, you will consult with and rely upon your own advisors and will seek your own professional advice regarding the appropriateness of implementing strategies before taking action. Any information, data, opinions, views, advice, recommendations or other content provided by any third party are solely those of such third party and not of Tangerine Bank or its affiliates, and Tangerine Bank and its affiliates accept no liability in respect thereof and do not guarantee the accuracy or reliability of any information in the third party Content. Any information contained in the Content, including information related to interest rates, market conditions, tax rules, and other investment factors, is subject to change without notice, and neither Tangerine Bank nor its affiliates are responsible for updating this information.
Tangerine Investment Funds are managed by Tangerine Investment Management Inc. and are only available by opening an Investment Fund Account with Tangerine Investment Funds Limited. These firms are wholly owned subsidiaries of Tangerine Bank. Commissions, trailing commissions, management fees and expenses all may be associated with mutual fund investments. Please read the prospectus before investing. Mutual funds are not guaranteed, their values change frequently and past performance may not be repeated.